What’s this 2010 White MacBook doing in a basement of a 76-year old house? It has a built-in Ethernet port that I needed to recreate a network for a device that was no longer on the wired network after a Fios router blew out its settings (Plus, I was not keen on taking my 16″ MacBook Pro down there). So, long story short, our client’s solar energy system no longer was reporting its diagnostics and how much energy it was generating to the solar company. So how did I fix it? 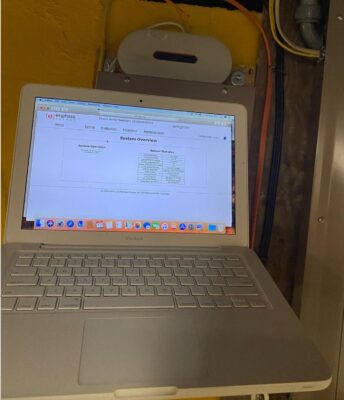